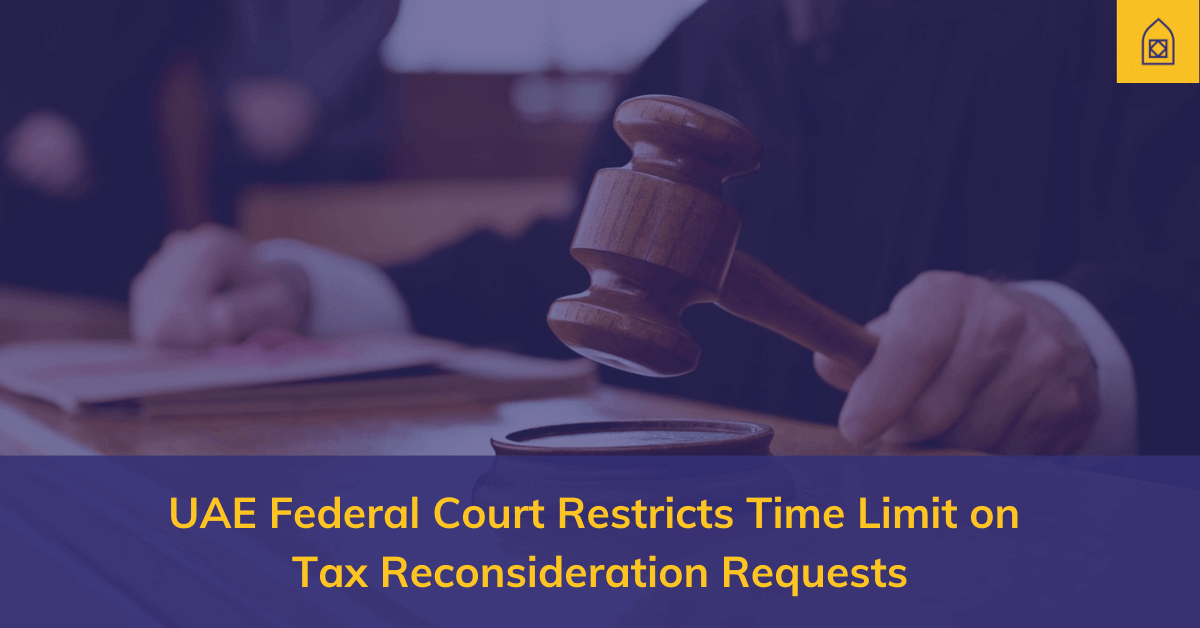 Recently due to the low working capacity in the Government institutes, the response time for different grievances of the inquirer has be prolonged than the fixed usual time frame. Not getting response from the Federal Tax Authority (FTA) regarding the reconsideration requests within the stipulated time frame is creating lots of confusion like, is the application rejected? Should the person resubmit the application? Etc.

Usually under the Civil Procedures Law non-response is considered to be rejected, whilst under the Country by Country Reporting (CbCR) Law , a non-response is deemed an acceptance. However, The Tax Procedures Law is not clear whether the non response from the FTA should be deemed a rejection or acceptance. The UAE Federal Court has addressed the issue on what a person do should if no decision is taken on the reconsideration request by the FTA.

If a person disagrees with a decision made by the FTA, The person has an option to submit a reconsideration request to the FTA against their decision. Upon any unfavorable decision of reconsideration by FTA, a person can still object it with different stages; the Tax Dispute Resolution Committee, Federal Primary Court, Federal Appeals Court and finally the Federal Supreme Court whose decision will be the final.

There are laid out time frames between each stage and if not complied with the time limits, the application result in rejection on a procedural basis.

A person is complied to submit a reconsideration request within twenty weekdays of the date of receipt of the unfavorable decision that the person is willing to go against. The FTA has twenty days to decide on the reconsideration and communicate the new decision with the applicant in another five days i.e. twenty five days in total.

If you have any queries or need any assistance with your VAT reconsideration or filing of VAT then call Horizon Biz Consultancy on +9715 010 42665 or you can reach on email at info@horizonbizco.com.